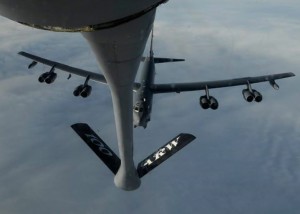 Exercise Cold Response is a winter training exercise held for the seventh time in the Trøndelag counties of Central Norway from 19 February to 22 March 2016 with the main phase taking place from 2 to 9 March. The exercise includes activities on land, at sea and in the air with a total of 15,000 soldiers participating from 14 different nations.

This year, the following nations are participating in Cold Response: Belgium, Canada, Denmark, Finland, Germany, Latvia, the Netherlands, Poland and, Spain, Sweden, the USA, the United Kingdom and Norway. In addition, there are several participating units from NATO.

Norway is world-leading within winter warfare, and they therefore invite their allies and other cooperating nations to train under rough winter conditions. The exercise makes Norway and partner countries better prepared in the event of an emergency.

The Norwegian Air Operations Centre (NAOC) which is part of the Norwegian Joint Headquarters (NJHQ) in Reitan has command and control over the operational air assets in a fictitious scenario.

Together with a Dutch AAR planner, an AAR planner from the MCCE AAR Cell is involved with and responsible for all the tasking and coordination of air-to-air refueling with the Dutch KDC-10 and the US KC-135.

A KDC-10 located at Ørland and 2 KC-135s flying out of Mildenhall are providing fuel to F-16s from Belgium, Norway and US. Also B-52s flying out of Spain are provided with fuel from a US KC-135. 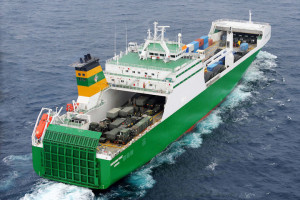 In addition to the support provided by the MCCE AAR Cell, the MCCE Sea Transport Cell was involved with coordinating Sealift requirements for the deployment and redeployment of this exercise. In total more than 40.000 line meters of vehicles and containers were transported by sea. The ro/ro ships used for the deployment to and from the exercise were chartered and shared among several nations such as the Netherlands, UK, and Sweden. Besides generating sea lift for its own nations, the German-Danish ARK project also provided sea lift for Finland, Norway, Estonia and Belgium.

The MCCE Air Transport and Inland Surface Transport Cells were involved with the provision of required support from the participating nations, showcasing Exercise Cold Response 16 as a great example of multimodal coordination across the operational cells of the MCCE.