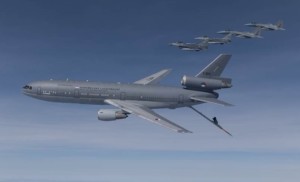 From 10 to 22 April 2016, Leeuwarden Airbase again hosted one of the largest international fighter pilot exercises: Exercise Frisian Flag 2016. For two weeks, 44 fighter aircraft from various countries were exercising the execution of offensive and defensive missions, with the support of Airborne Warning And Control System, Electronic Warfare airplane, and Air to air refuelling tankers.

Air Refuelling (AR) was recognised in 2012 as a capability shortfall in Europe. To address this, the European Defence Agency has developed a European AR initiative looking at the three following objectives: increase the overall AR capacity, reduce fragmentation of the fleet, and optimise the use of assets. Within the framework of the EDA’s initiative, the European Airlift Transport Command took the lead regarding AAR training and together with Eindhoven airbase and the MCCE, conducted the first EART in 2014.

The overall objective of EART16 is to address the lack of interoperability amongst EU tanker crews and increase AAR planning and tasking knowledge in a multinational environment by organizing a dedicated AAR exercise in support of the Ex Frisian Flag 2016 fighter exercise.

EART16 delivered AAR training over a two-week period, offering participants a unique opportunity to plan and execute missions within a multinational framework. EART16 was developed on an increasing complexity basis, starting from single ship missions and evolving to being part of COMAO missions within Ex Frisian Flag 2016. During EART16 the following 4 tankers will support Ex Frisian Flag: a Dutch KDC-10, a French C-135FR, a German A-310 and an Italian KC-767. 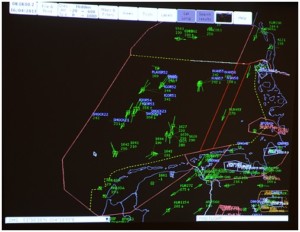 Like in 2015, MCCE AAR Cell is supporting EART16 with providing an AAR Supervisor to Frisian Flag responsible for all AAR tasking during the exercise to be supported by tankers located at Eindhoven Airbase to maximize the use of the different EART Tankers within the scenarios performed.

The AAR Supervisor has also given “hands on” training to 4 graduates of the NATO Specialized Heavy Air Refueling Course (SHARC) within the AARC at Ex Frisian Flag, which can be considered as a logical post SHARC action as it reduces skill fade and prepares graduates for “real world” operations. In total 3 MCCE AAR planners has attended Ex Frisian Flag 2016.

Additionally, the MCCE AAR Cell coordinated AAR training between the ITA KC-767 and FRA E3F in French airspace. In total around 40 tanker missions have been conducted.